Who and When: Re-initiating Anticoagulants After a Bleed 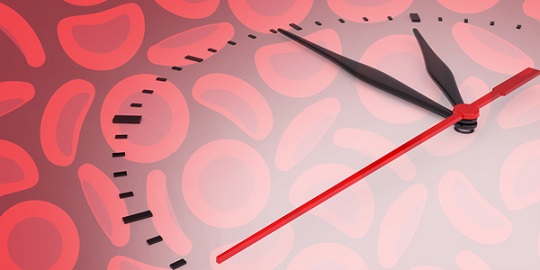 James S. Kalus, Pharm.D, FASHP, is Director of Pharmacy at Henry Ford Health System in Detroit, Michigan. In this position, Dr. Kalus is responsible for planning, implementing, and managing all pharmacy services related to patient care and for ensuring appropriate formulary management. In addition, he oversees staff training and development, as well as pharmacy research. He also is Program Director for the postgraduate year one (PGY1) residency at Henry Ford Hospital and is adjunct assistant professor of pharmacy and medicine at Wayne State University in Detroit.

Dr. Kalus earned both his Bachelor of Science in Pharmacy and Doctor of Pharmacy degrees at the University of Toledo in Toledo, Ohio. After completing a residency at the Medical University of South Carolina in Charleston, he did a two-year cardiovascular research fellowship through Hartford Hospital and the University of Connecticut in Hartford. He is Fellow of the American Society of Health-System Pharmacists (ASHP).

In his research, Dr. Kalus has focused on cardiovascular disease, including the pathophysiology of atrial fibrillation (AF) occurring after cardiac surgery, novel strategies for the treatment and prevention of AF, practice-based research related to anticoagulation, and implementation science related to clinical pharmacy services. He has authored several textbook chapters and many articles published in peer-reviewed journals. He also serves on the editorial board of Annals of Pharmacotherapy, Cardiology Panel.

Complementing the practice and research interests of Dr. Kalus is his involvement in professional associations. An active member of ASHP, he regularly speaks at educational sessions at the ASHP Midyear Clinical Meeting and recently completed an appointment to the Commission on Credentialing. Dr. Kalus is also a current member of the ASHP Foundation’s Research Advisory Committee and has been a peer reviewer of Foundation grants and awards for the past several years. On the state level, he was honored with the 2019 Pharmacist of the Year Award from the Michigan Society of Health-System Pharmacists.

No relevant financial relationship with an ineligible company.*

*As defined by the Standards of Integrity and Independence definition of ineligible company.

Why is there a high rate of thrombosis after anticoagulant reversal with idarucizumab or andexanet alfa?

While “c” is the correct answer, re-initiation of anticoagulation is often overlooked after a major bleed. Read on to learn more about the risks and benefits of re-initiating DOAC therapy.

When anticoagulation has been reversed due to a bleeding event, it is challenging to decide when it is appropriate to restart the anticoagulant that caused the bleed. Given the potentially life-threatening consequences of anticoagulant-related bleeding, it seems counterintuitive to restart the medication that caused harm to the patient. However, patients requiring chronic oral anticoagulant medications are generally at high risk for thrombosis. Therefore, while there are often clear risks to restarting oral anticoagulation after a bleeding event, there are also likely clear benefits that must be considered.

Older studies of non-specific reversal agents, like 4-factor prothrombin complex concentrate (PCC4) or activated PCC (aPCC), frequently report the development of thrombosis in the timeframe after reversal. The assumed cause for these thrombotic events was that the blood factor products carried a prothrombotic risk, explaining the observation of thrombosis in these studies. Given that most of the studies of non-specific reversal agents are observational in nature, the quality of these studies is not optimal. Patients being evaluated were not selected in a way that would lead to the formation of homogenous study population with similar thrombotic risk among all patients. In addition, assessment of safety and efficacy is variable in these studies, since the data are generated based on when assessments took place in clinical care, rather than according to a study protocol.

The development of the newer specific direct-acting oral anticoagulant (DOAC) reversal agents, idarucizumab and andexanet alfa, has shed some light on thrombosis risk after anticoagulant reversal. In the REVERSE-AD study of idarucizumab, 14 patients whose DOAC was reversed for bleeding developed a thrombotic event within 30 days of reversal.1 Interestingly, all but 3 of these thromboses occurred before re-initiation of anticoagulation. Similarly, in the ANNEXA-4 study of andexanet alfa, 12 patients experienced thrombosis within 30 days of reversal and only 1 of these patients received therapeutic anticoagulation before the thrombotic event.2 Given that these newer DOAC reversal agents are not expected to have an associated prothrombotic potential, these data seem to highlight that reversal and withholding anticoagulation in a very high-risk patient population can lead to thrombosis. This would suggest that oral anticoagulation regimens should be re-initiated in many patients after a bleeding event that required reversal, and that planning for re-initiation is important for ensuring positive outcomes for these patients.

Who should have oral anticoagulants re-initiated?

Ideally, a patient who has bled from an anticoagulant does not have a high risk for thrombosis, and re-initiation can be avoided. The ACC guidance suggests that a reassessment occur to determine whether a patient with a recent bleed still has an indication for long-term oral anticoagulation.3 Patients with the following could continue without re-initiation of oral anticoagulation:
• Lower risk of stroke in atrial fibrillation,
• First provoked venous thromboembolism that occurred more than 3 months ago,
• Temporary indication for anticoagulation (i.e., after a surgical procedure) that is no longer relevant, or
• Bioprosthetic valve that was placed more than 3 months ago.

When is the right time to re-initiate oral anticoagulants?

The ACC guidance differentiates patient groups that can be re-initiated on oral anticoagulation without delay and those who can be re-initiated on a delayed timetable.3 The patient groups not requiring delay are as follows:
• Those who did not experience bleeding at a critical site,
• Those who are not scheduled soon for an invasive surgery or procedure,
• Those who are not at high risk for rebleeding or high risk for poor outcome should rebleeding occur, and
• Those for whom the source of bleeding is known.

When re-initiation is being considered, it is important to minimize future bleeding risk as much as possible. This can be accomplished by re-evaluating the need for concomitant antiplatelet therapy and assessing whether drug interactions or changes in kidney function contributed to the initial bleeding event and adjusting the oral anticoagulant regimen appropriately. If it is deemed an appropriate time to re-initiate anticoagulation, but the patient is not able to start oral medications, parenteral anticoagulation could be considered.

If any of the high-risk features above are present, the ACC guidance suggests that re-initiation be delayed. If a procedure is to occur, anticoagulant re-initiation can be reconsidered after the procedure has been completed. If bleeding was at a critical site, non-pharmacologic approaches can be considered to minimize thrombosis risk until enough time as passed. The amount of time required is an area of debate and depends on the specific site involved. For example, the ACC guidance suggests that anticoagulation for a patient with intracranial hemorrhage should not be re-initiated for at least 4 weeks following the bleeding event. Other sites of bleeding may require less time. If a patient is at high risk of rebleeding, an assessment of thrombotic risk should be undertaken. If thrombotic risk is deemed to be low or moderate, anticoagulation re-initiation can be delayed for a short time and reassessed. Prophylaxis for venous thromboembolism may be considered in this group. If the patient at high risk for rebleeding is also deemed to be at high risk for thrombosis, temporary anticoagulation with intravenous heparin or venous thromboembolism prophylaxis should be started if indicated. Non-pharmacologic approaches to minimize thrombotic risk can also be considered for these patients.

What is the role of the pharmacist?

The decision to re-initiate oral anticoagulants after a bleeding event is highly individualized to the patient. The pharmacist can play a key role in advocating for a plan for re-initiation of anticoagulation or for considering temporary parenteral anticoagulants or venous thromboembolism prophylaxis when appropriate.

Why is there a high rate of thrombosis after anticoagulant reversal with idarucizumab or andexanet alfa?

While “c” is the correct answer, re-initiation of anticoagulation is often overlooked after a major bleed. Read on to learn more about the risks and benefits of re-initiating DOAC therapy.

Engaging the Experts Podcast: To Reverse, or Not to Reverse (the Bleed), That Is the Question

Expert Insight: Laboratory Monitoring of DOAC Levels: Any Value in That?

Supported by an educational grant from Alexion Pharmaceuticals, Inc.