Treatment of C. difficile infection in children and adolescents 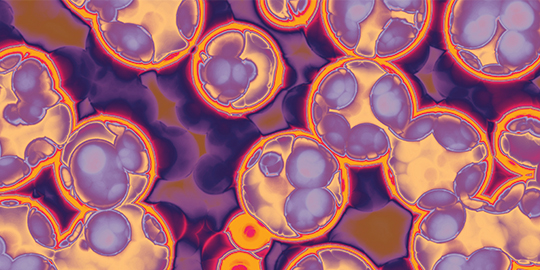 Which of the following antibiotics do you most commonly use to treat children and adolescents with C. difficile infection?

Relevant Financial Relationship Disclosure
No one in control of the content of this activity has a relevant financial relationship (RFR) with an ineligible company.

As defined by the Standards of Integrity and Independence definition of ineligible company. All relevant financial relationships have been mitigated prior to the CPE activity.

A long time ago in a land far, far away… Clostridioides difficile was discovered. More specifically, in 1935, two researchers from Colorado isolated C. difficile, then called Bacillus difficilis, from the stool of four healthy neonates within 10 days of birth.1 Given this history, one might guess that the evidence regarding the treatment of C. difficile infection (CDI) in children is robust. However, it was only recently that the first randomized controlled trial (RCT) investigating the treatment of CDI in children was published.2 The reasons for this discordance are undoubtedly multifactorial, but it likely has something to do with the diagnostic conundrum faced by pediatric clinicians on a regular basis.

Hall and O’Toole’s observation has since been confirmed: the presence of C. difficile in the healthy infant gut is common and far exceeds the rate of colonization in healthy adults.3,4 Despite the common isolation of C. difficile, true CDI in infants is thought to be extremely rare.5 Indeed, the majority of strains that colonize children are toxigenic.4,6,7 The reasons for this apparent immunity are not well understood; however, proposed hypotheses include the developmental regulation of specific C. difficile toxin receptors and the inability of an infant’s immature immune system to produce the robust inflammatory response characteristic of CDI.8,9 Recent data demonstrate an association between toxigenic C. difficile colonization and the presence of toxin B neutralizing antibodies in the first year of life.4 These data suggest that the infant immune system is capable of recognizing C. difficile toxin and producing antibodies without causing overt CDI. While subclinical disease and subsequent immunity may explain this phenomenon for infants colonized with toxigenic C. difficile, it does not address the lack of CDI in the other half of infants. Clearly this area requires further study before any conclusions can be reached.

Not only is colonization with C. difficile common, but diarrhea in children is common too!10 Essentially, what this means for the practicing clinician is that overdiagnosis of CDI in children is likely, especially if nucleic acid amplification tests (NAATs) are being used. Because of this, the Infectious Diseases Society of America (IDSA) and the Society for Healthcare Epidemiology of America (SHEA) recommend against routine C. difficile testing in those ≤12 months of age with diarrhea or in those between 1-2 years of age with diarrhea unless other infectious and noninfectious causes have been excluded.11 C. difficile testing is, however, recommended in patients ≥2 years of age with prolonged or worsening diarrhea and risk factors or relevant exposures.

How can one study the efficacy of a treatment when they are not confident the patients enrolled in their study truly have the disease? The short answer is one cannot. Fortunately, some have tried anyway.

Prior to the 2017 IDSA/SHEA CDI guidelines, only a few observational studies had been published regarding the treatment of CDI in children.12,13 Since then, two very important studies have been published paving the way for CDI research in children and adolescents: a retrospective cohort study comparing metronidazole to vancomycin and a RCT, named SUNSHINE, comparing vancomycin to fidaxomicin.2,14

The former study included 192 hospitalized children and adolescents 2-18 years of age with non-severe CDI (i.e., white blood cell count <15,000 cells/mm3, serum creatinine <1.5 mg/dL, no hypotension, ileus, or megacolon, and not requiring intensive care unit care) and no previous CDI episode within the past 3 months.14 Of note, all patients were diagnosed using a NAAT for C. difficile toxin B. The primary outcome was resolution or improvement of diarrhea within 5 days of antibiotic treatment initiation, and an inverse probability of treatment-weighted propensity-score analysis was used. Children treated with metronidazole had lower odds of clinical improvement compared to those treated with vancomycin (72% vs. 86%, respectively; odds ratio, 0.40; 95% confidence interval (CI), 0.17-0.97). These results are consistent with those seen in RCTs that included adults.

The SUNSHINE trial enrolled 142 children and adolescents 0-18 years of age with CDI, which was diagnosed using ≥1 local diagnostic tests that detects toxin A/B (i.e., an enzyme immunoassay) or toxigenic C. difficile (i.e., a NAAT).2 Notably, patients <5 years of age needed a negative rotavirus test prior to inclusion. The primary outcome was confirmed clinical response (CCR), defined as initial clinical response at end of treatment (EOT) with no further CDI therapy required at 2 days after EOT. All patients were followed 30 days after EOT to assess safety, CDI recurrence, and global cure (GC), defined as CCR without CDI recurrence. Of those enrolled, 29 of 142 patients were <2 years of age and only 1 patient was <6 months of age. While those with a history of CDI were not excluded, only 27% of the patients enrolled had a previous CDI episode within the past 3 months. The investigators concluded that fidaxomicin was non-inferior to vancomycin in terms of CCR (78% vs. 71%, respectively; adjusted treatment difference 7.5%; 95% CI, −7.4% to 23.9%). In addition, rates of CDI recurrence (12% vs. 29%, respectively; adjusted treatment difference -15.8%; 95% CI, −34.5% to 0.5%) were lower and rates of GC (68% vs. 50%, respectively; adjusted treatment difference 18.8%; 95% CI, 1.5% to 35.3%) were higher in those treated with fidaxomicin versus those treated with vancomycin. Lastly, the rates of drug-related treatment emergent adverse events (7% vs. 11%, respectively) were similar between fidaxomicin and vancomycin treated patients. These data mirror what has been observed in several RCTs that included adults.

Taken together, these data suggest that the guideline recommendations for the treatment of CDI in children and adolescents require major revision.11 More specifically, they suggest that metronidazole should no longer be recommended as first-line therapy for CDI given its association with lower rates of clinical improvement when compared to vancomycin. In addition, while fidaxomicin may have an advantage over vancomycin in terms of CDI recurrence rates, the estimated effect of fidaxomicin on CDI recurrence in the SUNSHINE trial was imprecise given the relatively small sample size. For now, it seems reasonable to use fidaxomicin and vancomycin interchangeably until these results can be confirmed. I will be awaiting the next sequel in the saga patiently.

Which of the following antibiotics do you most commonly use to treat children and adolescents with C. difficile infection?

Supported by an educational grant from Merck

Engaging the Experts Podcast:
C. diff Infection: What you need to know!