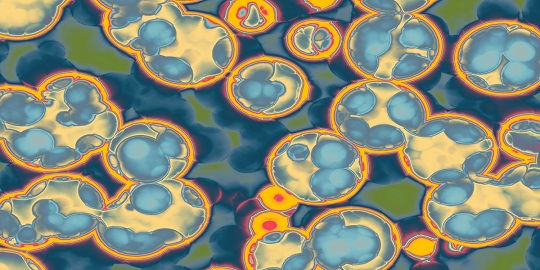 Which of the following interventions do you regularly recommend in patients with fulminant C. difficile infection? SELECT ALL THAT APPLY

Relevant Financial Relationship Disclosure
No one in control of the content of this activity has a relevant financial relationship (RFR) with an ineligible company.

As defined by the Standards of Integrity and Independence definition of ineligible company. All relevant financial relationships have been mitigated prior to the CPE activity.

There are several memorable patients that I encountered during my formative training to become an infectious diseases (ID) pharmacist that helped shape me as a clinician. One patient’s battle with fulminant C. difficile infection (CDI) remains the most vivid in my mind.

This woman in her 50’s with several comorbidities was no stranger to the healthcare system – she was what you might call a “frequent flyer.” Not long before I met her, she experienced a myocardial infarction which required percutaneous coronary intervention. Two weeks later, she presented to the emergency department (ED) complaining of erythema, swelling, and purulent drainage near the catheter insertion site. She was hypotensive in the ED, so she was started on meropenem and vancomycin and admitted to the intensive care unit. Her white blood cell (WBC) count was approximately 17,000 cells/microliter. The purulent fluid from her wound grew a multi-drug resistant Proteus mirabilis that required fluoroquinolone therapy. Over the next several days she improved, and her WBC count trended down; however, on day 4 of appropriate antibiotic therapy she decompensated requiring intubation, vasopressors, and continuous renal replacement therapy (CRRT). Her WBC count spiked to approximately 34,000 cells/microliter. At this point, the ID team was consulted.

Among a litany of other tests, an abdominal radiograph was ordered and revealed an ileus. The patient was not experiencing any diarrhea; in fact, we did not have any stool to send for C. difficile testing (a sample from a rectal swab was eventually collected and tested positive for C. difficile). She was started empirically on oral (PO) vancomycin 500 mg four times daily, intravenous (IV) metronidazole 500 mg three times daily, and rectal vancomycin. Over the next several days, her WBC count increased beyond 75,000 cells/microliter and she was still reliant on vasopressors and CRRT for survival. Thus, she was not deemed a surgical candidate for a potentially life-saving colectomy. In a last-ditch effort to save her life we decided to discontinue IV metronidazole, start tigecycline, and administer a one-time 400 mg/kg dose of intravenous immunoglobulin. Unfortunately, that same day she passed away. Her WBC count was 97,000 cells/microliter.

On that day I learned what fulminant C. difficile infection can do to a patient. While I advocated the “kitchen sink” approach at the time, I thought to myself, “There must be something better we can offer our patients.”

There have been some incredible improvements in the standard of care for non-fulminant CDI in the past decade with the FDA approval of fidaxomicin in 2011 and bezlotoxumab in 2016. However, the benefit of these agents is a reduction in the rate of recurrent CDI. In cases such as the one described above, survival is the top priority while the prevention of recurrence becomes secondary.

Except for emergent colectomy and fecal microbiota transplantation (FMT), no intervention has demonstrated reduced rates of mortality in patients with fulminant CDI.1, 2 Unfortunately, surgery is not always an option and not all institutions have the infrastructure to perform FMT. The three drug-therapy interventions consistently recommended by clinical practice guidelines, high-dose PO vancomycin (i.e., 500 mg four times daily), IV metronidazole, and rectal vancomycin, have poor data supporting their efficacy in fulminant CDI.3 The studies informing these guideline recommendations were nearly all observational in design and many explicitly excluded patients who had fulminant CDI (i.e., ileus, toxic megacolon).

Perhaps the most common of these interventions involves the use of IV metronidazole in combination with PO vancomycin. While this practice was initially supported by a small cohort study,4 it has been challenged by two more recent cohort studies.5, 6 In addition, metronidazole monotherapy has fallen out of favor due to inferior rates of clinical cure in patients with non-fulminant CDI, which begs the question, “Does metronidazole combination therapy still have a role in the treatment of fulminant CDI?” Since patients with ileus require a systemically available antibiotic, another question arises; “Should an alternative IV antibiotic take the place of metronidazole in the treatment of fulminant CDI?” I have no doubt that this question is being asked more than ever during the ongoing metronidazole shortage. The only other intravenous antibiotic with data to support its use in fulminant CDI is tigecycline, which has its own limitations (e.g., high rates of nausea, broad-spectrum of activity, expensive).8-10 As with most data in this realm, the studies are limited by their observational design and failure to include only patients with fulminant CDI. Randomized controlled trials (RCTs) in patients with fulminant CDI (i.e., hypotension/septic shock, ileus, or toxic megacolon) that compare PO vancomycin plus IV metronidazole versus PO vancomycin plus another IV C. difficile-active antibiotic are needed to definitively answer these questions.

You might be asking yourself, “What about the new kids on the block?” Well, it should come as no surprise that the fidaxomicin phase 3 RCTs excluded patients with fulminant CDI. It is worth noting that patients with ileus will require a concomitant systemically available antibiotic as fidaxomicin, like PO vancomycin, only acts locally. If the broad-spectrum standard of care (i.e., IV metronidazole) is used in combination with fidaxomicin, it is unclear if fidaxomicin will still offer an anti-recurrence benefit. To date, only a small case series has been published describing the use of fidaxomicin in fulminant CDI.11 Bezlotoxumab has not been studied in patients with fulminant CDI either. Recently, C. difficile toxin concentrations have been shown to correlate with CDI severity leading me to wonder whether a monoclonal antibody that neutralizes C. difficile toxin B (i.e., bezlotoxumab) will influence the course of CDI.12 Unfortunately, results from the MODIFY 1 & 2 trials taken together with historical data from another C. difficile toxin neutralizer, tolevamer, suggest that toxin neutralization has little effect on clinical cure and time to resolution of diarrhea.13, 14 Ultimately, appropriately designed RCTs are needed to determine the role of fidaxomicin and/or bezlotoxumab in fulminant CDI.

In the course of researching this topic, I have been left with more questions than when I began. As an optimist, I am hopeful that we can leverage adaptive clinical trial designs that have become common during the COVID-19 pandemic to answer questions about other deadly epidemics, such as fulminant CDI. We must prioritize research in this area – we owe it to our patients.

Which of the following interventions do you regularly recommend in patients with fulminant C. difficile infection? SELECT ALL THAT APPLY

Supported by an educational grant from Merck

Engaging the Experts Podcast:
C. diff Infection: What you need to know!