Laboratory Monitoring of DOAC Levels: Any Value in That? 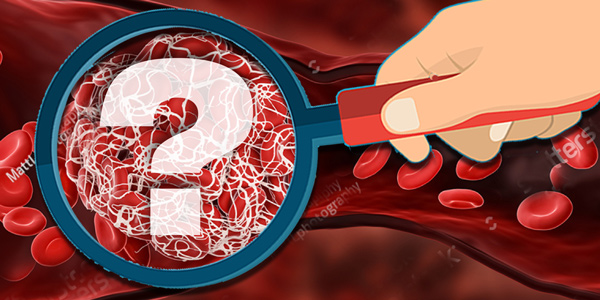 Jason R. Vilar, Pharm.D., BCCCP, is a neurocritical care pharmacy specialist at AdventHealth Orlando in Orlando, Florida, where he also serves as a co-clinical coordinator for the ASHP-accredited postgraduate year 1 (PGY1) pharmacy residency program. In addition, Dr. Vilar holds an assistant clinical professor position at the University of Florida College of Pharmacy.

No relevant financial relationship with an ineligible company.*

In your practice, what is the major limitation of measuring DOAC levels in an emergent situation, such as a major bleed?

The direct-acting oral anticoagulants (DOACs) have many clinical advantages over warfarin, including predictable pharmacokinetics and pharmacodynamics. Due to the predictability of these medications, routine therapeutic monitoring has limited usefulness, but the ability to evaluate the hemostatic effect of DOACs rapidly may be valuable in certain clinical scenarios. Unfortunately, pharmacists and other clinicians cannot gain adequate insight from available routine tests as these tests do not consistently and precisely detect clinically relevant DOAC levels.

Role of laboratory monitoring with DOACs

The landmark studies that led to the approval of DOACs did not evaluate clinical outcomes in correlation with drug concentrations or assays.1-4 Additionally, there are no FDA-approved assays for the detection of DOACs in the United States. Thus, guidelines do not recommend routine therapeutic monitoring of DOACs.5-7 However, as a clinical pharmacy specialist in neurocritical care, I can attest that there are many scenarios when assessment of precise anticoagulant effect could assist in the process of making treatment decisions. A recent guidance document suggests that laboratory monitoring is a key step in evaluation of those presenting with clinically relevant bleeding or urgent unplanned procedures with high bleeding risk.8 Additional patient populations that may benefit from monitoring are those with potential drug accumulation, whether it be from advanced age or renal insufficiency, and those of extreme body weights.9

Several methods exist for assessing hemostasis while on DOAC therapy. The ideal laboratory method for measuring DOACs is dependent on testing method(s) and the urgency of which the result is needed. Regardless, guidelines suggest obtaining a baseline activated partial thromboplastin time (aPTT), prothrombin time (PT), or both.8 Additional testing should be ordered based on each individual clinical situation. At this time, validated DOAC levels that may contribute to bleeding or surgical bleeding risk are unknown. Although values have yet to be validated with clinical outcomes data, the International Society on Thrombosis and Haemostasis (ISTH) suggests that administration of anticoagulation reversal should be considered for patients with serious bleeding and a DOAC level >50 ng/mL or those requiring an invasive procedure with high bleeding risk and a DOAC level >30 ng/mL.10

Qualitative. Although qualitative laboratory tests are the most readily available, there are many important limitations to consider. For instance, these tests are neither sensitive nor specific and do not reflect a dose-response relationship. Coagulation assays such as anti-FXa assays, thrombin time (TT), PT, and aPTT are used to provide qualitative assessments; however, sensitivities can be reagent dependent. Qualitative measures can be used to either exclude clinically relevant drug levels or determine if on-therapy or above on-therapy levels are present. Tables 1 and 2 list useful qualitative assessments for each DOAC, along with potential interpretations of those tests.

bNormal PT and aPTT: may not exclude on-therapy or above on-therapy levels, Anti-FXa: below lower limit of quantitation probably excludes clinically relevant levels.

Quantitative. Other assays can be used in a quantitative manner. Liquid chromatography-tandem mass spectrometry (LC-MS/MS) is the gold standard, however there is limited availability and the methods by which levels are assessed are not optimal for emergent situations, such as major bleeding and unplanned surgery. Other methods include dilute thrombin time (dTT), ecarin clotting test (ECT), ecarin chromogenic assay (ECA), and chromogenic anti-Xa assays, all of which require specific calibration. Moreover, these tests do not have a standardized therapeutic range. Unfortunately, due to these limitations, routine use is not recommended.

Standard coagulation assays, such as PT or aPTT, are readily available and offer quick turnaround times but do not reliably and precisely detect clinically relevant DOAC levels and may not offer reliable measures of hemostatic function in patients with liver disease. Quantitative methods are limited in availability, have a delay in turnaround time, and have no standardized therapeutic range associated with clinical outcomes. Thus, different testing methods have been explored for use in emergent situations. Because viscoelastic assays, such as rotational thromboelastometry (ROTEM), thromboelastography (TEG), and TEG 6S, are rapid and can assess global hemostasis, they have been studied for the assessment of the effect of DOACs.

Rotational thromboelastometry. There have been controversial results regarding the usefulness of these alternative methods in DOAC-related therapy. Increased plasma concentrations of direct factor Xa inhibitors or direct thrombin inhibitors have been shown to prolong some commonly used ROTEM tests. One study suggested that there is a DOAC dose-dependent increase in ROTEM clotting time (CT).11 Unfortunately, the investigators found that ROTEM’s sensitivity was diminished in the setting of low, but present plasma levels of DOACs. Another study by Adelman et al. showed that there may be a strong correlation of clotting time with apixaban and rivaroxaban therapy at clinically relevant DOAC levels.12 Conversely, in other scenarios these assays failed to detect levels of rivaroxaban adequately.13

Thromboelastography and TEG 6S. In the current version with kaolin as an activator, neither TEG 5000 (a first-generation TEG analyzer) nor TEG 6S (the most up-to-date analyzer) have been consistently sensitive to direct factor Xa inhibitors. TEG 6S is different from the first-generation product in that it uses resonance‐frequency microfluidic technology rather than viscoelastic properties of clotting blood using cups and pins.14 This technology is available as a single-use product containing four‐channel cartridges. The DOAC assay is a cartridge in development that allows for specificity with direct factor Xa inhibitors and direct thrombin inhibitors. Using this assay, investigators found that the reaction time (R-time) showed a strong correlation with a sensitivity of 92% for apixaban or rivaroxaban and 94% for dabigatran.14 The TEG 6S results were provided in a rapid manner within 5 minutes. Unfortunately, these cartridges are not yet commercially available.

Unfortunately, there are insufficient data to support using ROTEM, TEG 5000, or TEG 6S for assessment of DOACs currently. This is due to the inconsistent data with the currently available analyzers, inability to quantify DOAC levels, and lack of large-scale studies assessing a variety of patients that may be of benefit. Thus, it is recommended viscoelastic assays should only be used in conjunction with other more readily studied assessment methods.

Bottom line for me?

I do not recommend routine lab monitoring for patients receiving DOAC therapy. However, I will use different testing methods in the setting of major bleeding and before emergent procedures that cannot be performed under any anticoagulation. This is especially useful in the setting of unknown DOAC type. I will order standard coagulation assays, such as PT/INR, aPTT, and TT, and ensure these are performed with reagents sensitive to the DOACs. The results of these tests direct me toward selecting an appropriate type of specific reversal agent. Unfortunately, I do not have quick routine access to anti-Xa levels, which would assist in my decision making. If I did, I would use this in a qualitative manner, using ISTH reference values. I have routinely been using viscoelastic assays to supplement bleeding assessment, as many of these patients have other factors affecting hemostasis. I do not use these viscoelastic assays as the sole modality of monitoring, however, as there are not enough data currently to support this practice.

In your practice, what is the major limitation of measuring DOAC levels in an emergent situation, such as a major bleed?

Engaging the Experts Podcast: To Reverse, or Not to Reverse (the Bleed), That Is the Question

Expert Insight: Who and When: Re-initiating Anticoagulants After a Bleed

Supported by an educational grant from Alexion Pharmaceuticals, Inc.