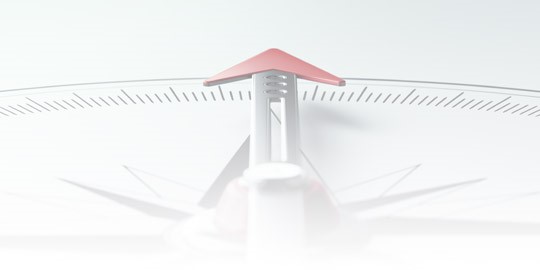 Ali McBride, Pharm.D., M.S., BCPS, BCOP, FASHP, is the Clinical Coordinator of Hematology/Oncology at The University of Arizona Cancer Center.  He currently serves as Secretary of the Association of Community Cancer Centers (ACCC) and he has been actively involved with the American Society of Health-System Pharmacy (ASHP) currently serving as the Chair for the SAG on Emerging Sciences.

Dr. McBride has been working on oncology drug shortages and has testified on behalf of HOPA at FDA Drug Shortage Workshop, presented on behalf of ACCC at the Washington DC Congressional Session and was an invited member of the ASHP Drug Shortage Stakeholders Meeting.  Dr. McBride is also actively involved with Biosimilar regulation and the pharmacoecomic impact of biosimilars into the US Marketplace.  He currently serves as a working group member for HOPA on its biosimilar committee.  In addition, he currently serves on the National Quality Forum Cancer Standing Committee.   He has published numerous articles focusing on drug shortages, oral chemotherapy adherence, stem cell transplant and biosimilar implementation into the US health care market.

Which topics in formulary management are of most interest to you?

Starting your journey through drug reimbursement is a critical step in addressing revenue integrity at your facility. Understanding the basics, from differentiating between Healthcare Common Procedure Coding System (HCPCS) codes and Current Procedural Terminology (CPT) codes is crucial. Also as important is understanding their integration into your billing procurement team. In addition, understanding the type of reimbursement such as AWP (Average Wholesale Price)/WAC (Wholesale Acquisition Cost) or ASP (Average Sales Price) prime these discussions further. We will leave off rebates, either payer or institution base, for another time, as this will further provide complexity to the discussion. Furthermore, the addition of biosimilars and also alternative payment models such as the Oncology Care Model and Merit Incentive Payment systems, are further changing the dynamics of reimbursement. These models of reimbursement, specifically in the outpatient setting, have provided salient guidance on cost and reimbursement for all therapies being approved through your health system or clinic.

The calculation of AWP and Wholesale Acquisition Price is based off of the code provided. So, in these cases, the Centers for Medicare & Medicaid Services (CMS) development of this reimbursement model is based from its development back in the 1990’s. The premise was that they would calculate a code price based off of the lowest cost brand. There could be multiple strengths of the product and you match the closest to the code descriptor strength. That will then come up with the lowest cost AWP, price, or Wholesale Acquisition for that branded National Drug Code (NDC), and that will drive our code level price. In the case of generics, the median generic will be calculated at the straight up average. You will have, in theory, half the products that are matching the code description above the price that we calculate, as well as half below. The lower of the two then will win out, either the lowest brand or the median generics. The nice thing about this particular methodology is it prevents a plan from paying for highest cost brands; however, it does also allow a greater reimbursement rate for cheaper generic use. There is also an incentive for providers to source cheaper generics, hopefully to maximize their reimbursement rate for these therapies.

The ASP was developed under legislation enacted in 2005 to replace AWP. The legislation initially addressed around 40 Medicare part B drug therapies. These drugs would be reimbursed at a rate of ASP plus 6% of the drug price. Unlike AWP, ASP uses manufacturer sales information that includes discounts in the cost. Each quarter, CMS publishes the ASP for drugs and reimbursement. This is calculated based on a weighted average sales price submitted by manufacturers. In 2008, the CMS changed their methodology by weighing the ASP for an NDC by the number of billing units sold for that NDC. In 2013 a 2% cut was implemented to Part B Drug reimbursement bringing ASP from 6% to 4.3%. With it brought a 28.4% drop in reimbursement for cancer medications (chemotherapy, immunotherapy, and supportive intravenous drugs) under Part B reimbursement. Recently, the sequester was removed and ASP now is reimbursed at ASP 6%.

Since the advent of biosimilars, new billing codes were developed to increase the implementation of these therapies to reduce the total costs of treatments with biologics. These reimbursement pieces intertwine differently with inpatient Diagnosis Related Group (DRG) code rates for inpatient or outpatient/observation infusions which could fall under 340b in some cases. In the case of biosimilars, the biosimilars are provided their own HCPCS codes and fall under innovator products under 340b. This allows institutions to get reimbursement at ASP plus 6%, rather than ASP minus 22.5%, which applies to the older, brand products the biosimilars replicate. Unfortunately, organizations need to be aware this will usually last for up to 3 years and when pass through status falls off, the biosimilar will be reimbursed at an ASP minus 22.5%. To note, reference biologics are noted with J codes for payment and are issued “J codes” for payment and are paid at the rate of ASP plus 6% at the physician office and the hospital outpatient center, unless exceptions apply such as 340b. Biosimilars receive “Q codes” for payment and ASP plus 6% applies for them, too.

Other reimbursement areas are in flux right now such as 340b, with an ASP minus 22.5% reimbursement reduction, and also with the change to Most-Favored-Nation (MFN) status for reimbursement recently announce. The MFN model plans to reimburse drug manufacturers at the lowest adjusted price paid by any nation in the Organisation for Economic Co-operation and Development (OECD) that has a gross domestic product (GDP) per capita that is at least 60% that of the U.S. GDP per capita. The latter has interesting implications starting on January 1, 2021. This will be phased in over the next 4 years (25% per year) based on the executive order to reduce the cost of drug prices for 25 drugs in the U.S. Due to the change in reimbursement, the government will provide an additional HCPCS code, code 1145, to add on to the lost reimbursement by sites. This may have limited action as it is an executive order, but facilities across the country need to be aware of these models.

Which topics in formulary management are of most interest to you?